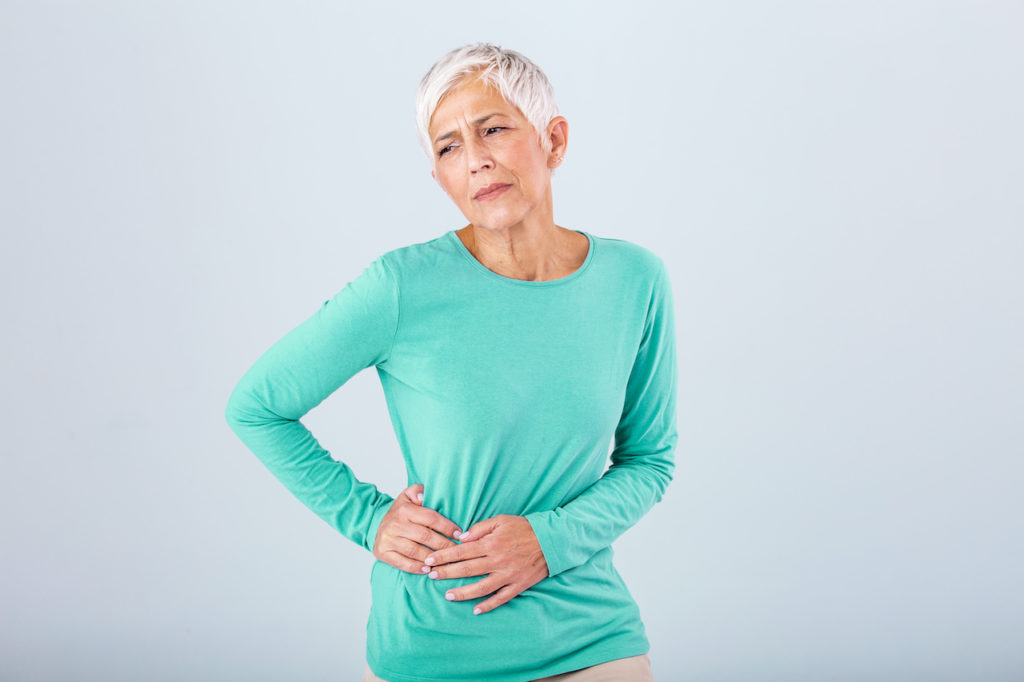 Osteoporosis, a disease which causes gradual bone loss, affects as many as 15 to 20 million people in the United States and half of all American women over the age of 45.  It has been well documented that this occurrence of reduced bone mass leads to osteoporotic fractures.

Many people think osteoporosis is only a condition found in postmenopausal women (those older than 50 years).  However, it can occur in any individual whose bone mass has fallen below a “critical” threshold.  It has been found that women who are active and athletic, and lose their periods regularly are strong candidates for bone loss.

Bone formation is dependent upon a five stage cycle that results in “old” bone being removed and replaced with “new” bone.  There are two types of bone: Cortical and Trabecular bone.  Cortical bone is found primarily in the extremities (femur, fibula, tibia, humerus, ulna, radius, etc.), that forms a protective layer around the internal cavity. This type of bone also known as compact bone.

This type of bone makes of 80% of the total skeleton, but is metabolically less active than trabecular bone. Trabecular bone , also known as spongy or Cancellous bone.  It is very porous and contains red bone marrow, where blood cells are made. It is weaker and easier to fracture than cortical bone, which makes up the shafts of long bones.

It has been documented that cortical bone mineral content and mass increase until about the age of 35.  Trabecular bone accrual reaches its maximum during the mid to late 20s, and is followed by a linear loss of bone.  After achieving maximal bone mass there is a 25% decrease in cortical bone mass from the age of 50 to 80 and a 31.7% trabecular bone loss between 30 and 80 years of age.  Therefore, the greater the bone mineral content and bone mass maturity, the more an individual can afford to lose.  This emphasizes the need for maximum development of trabecular bone during their youth through mid to late 20s, as well as cortical bone development through age 35.

It is not yet known how much exercise as needed and whether there is an optimal form of exercise for bone accrual.  It is known that mechanical force (pressure through the bone) place an important role in bone formation and function.  Repeated and prolonged exercise can cause bone fatigue and microscopic fractures.  This sounds like regular exercise might have a negative effect, but in reality, appropriate intervals between exercise promotes normal bone turnover, which causes a strengthening of the bone.

The type and intensity of exercise prescribed must be tailored to the individuals age, as well as to their bone density readings at the onset of exercise.  The research does show two consistencies in prescribing exercise:

many studies have proven that relatively brief exercise program such as walking, running, and calisthenics for 1/2 to 1 hour 2 to 3 times a week result in increased vertebral bone mineral content.  In addition, it is important to perform muscle strengthening exercises such as Nautilus or free weight programs to increase cortical bone mass in the extremities.  Finally, a key issue in prescribing exercises for these patients with established osteoporosis is to discourage activities that promote back rounding/flexion, and encourage a back extension program.  A study that appear to the 1984 “Archives of Physical Medicine Rehabilitation”, revealed that 16% of women who practiced back extension exercises had recurrent vertebral compression fractures, while 89% of women participating in a flexion program had recurrent fractures.

In summary, after a review of the literature, several exercise recommendations can be made:

These are general guidelines to be followed, because every patient is different with varying needs.  At Sports and Orthopaedic Therapy Services in Silver Spring, Maryland we recommend before beginning any exercise program a patient should be evaluated by a physical therapist so that each individuals needs can be addressed.