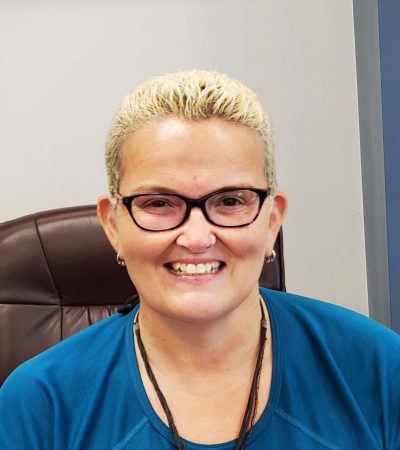 Claire graduated from the Salford School of Physiotherapy in England in 1990 earning a distinction in patient evaluation and assessment. In 1995, she moved to the United States working as a field hockey coach in San Diego for 6 months before moving to Chicago to begin her Physical Therapy job with Rausch Rehabilitation.

Since being in Chicago, Claire has specialized in Orthopedics and in 1999 gained her Certification in Orthopedic Manual Therapy from the Ola Grimsby Institute of Manual Therapy. Several years later, she also became an  APTA Credentialed Clinical Instructor and worked as the Program Director and a lecturer of the PTA Program at Solex College in Downtown Chicago. During this time, she also  became certified in Dry Needling for the Upper and Lower extremities.

During her career, she has attended many continuing education and certification courses covering a variety of topics and ia in the process of gaining my Certification in Applied Functional Science. Professionally, Claire has an interest in ACL and RC pre and post surgical intervention and use the McKenzie approach to treating spinal issues a lot  because it is something that the patients can easily and successfully replicate at home with good results.

Interests: In England Claire played Field Hockey for 16 years reaching National Terratorial Level and provided PT services for the Welsh National Squad. Since being in the USA, she played rugby for 8 years before retiring due to injury. and now plays indoor and outdoor soccer. Soccer is her passion and she is an avid supporter of the best team in the world, Liverpool!